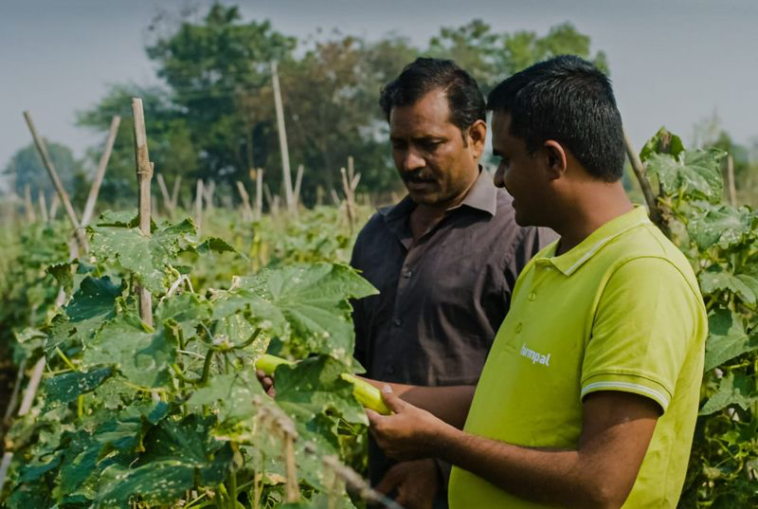 Karan Hon grew up in a family of marginal farmers in Maharashtra’s Ahmednagar district. While in middle school, he would accompany his father to the local mandi in the evenings to sell fruits and vegetables.

But we always returned disappointed because our crops never got the price they deserved, and sometimes it was hard to make ends meet,” he recalls

That pang haunted Karan even as he moved to Pune in the 90s to pursue mechanical engineering. He went on to have a two-decade-long career with stints at Suzlon Energy, Mahindra Satyam, SAP, and Accenture. But, his desire to do something in the agri sector stayed intact

In 2017, as India was being swept up in a smartphone revolution whose ripple effects could be felt in rural areas too, Karan quit his job to start Farmpal. His mission was to use technology to organise the post-harvest supply chain so farmers could find buyers easily, fetch better rates at sabzi mandis, and increase their incomes.

And, scale was essential, considering India has 90 million agricultural households, 70 percent of which are riddled with debt. Farmers earn only a fraction of the money for their produce, with 80 percent pocketed by middlemen who control India’s agri-trade.

The core pain point and the fix

After extensive research with farmers across Maharashtra, Gujarat, and Karnataka, Farmpal discovered that pricing at mandis was their biggest concern. Additionally, there was a demand-supply mismatch that resulted in high wastage. So, the agritech startup designed a fix.

So, the agritech startup designed a fix.

It developed an app-based platform that registers orders directly from buyers, analyses category-wise demand, fixes dynamic prices depending on daily demand, and transfers the orders to its network of 1,000+ farmers. Farmpal’s price comparison feature ensures that farmers can sell their produce at rates higher by 20 to 30 percent than what they would normally get in the mandis.

“This is one of our main promises to the farming community. We are able to offer them premium prices because technology eliminates at least four to seven middlemen from farm to fork,” the founder explains.

In the traditional model, post-harvest supply would take 36 to 40 hours to reach the table, incurring 25 to 30 percent wastage. We have been able to reduce that to 12 to 15 hours, with zero wastage. We do quality checks and innovative packaging at our collection centers before dispatching the produce

The Pune-based startup has also tied up with a third-party logistics partner, whose delivery fleet transports the fresh produce from the collection centres to Farmpal’s distribution centres in the city, and then delivers it at the customers’ doorstep. In the future, Farmpal plans add features like information about modern farming technologies, ways to increase yield, weather updates and related-crop risks, to its app. “Farmers should be able to analyse crop risks, revise their sowing and harvest cycles, and manage the entire crop inventory through our platform,” Karan says.

The startup services B2B customers in the HoReCa segment, which includes hoteliers, retailers, and caterers (restaurants/cafes).

It claims to have signed up over 500 such clients, including leading hotel chains like Radisson, Lemon Tree, etc. On the retailer side, Farmpal supplies produce to India’s largest hypermarket chains, including Big Bazaar, Star Bazaar, MORE (now owned by Amazon), Bigbasket, and others. “Talks are on with Reliance Fresh and other retail chains,” Karan shares.

In a little more than two years, the agritech startup has hit an ARR of Rs 7 crore on a daily supply of 10 tonnes. It stocks about 50 varieties of produce, with 40 percent of the basket captured by potato-tomato-onion – the holy trinity of India’s agri sector. Karan estimates that Farmpal would be able to do 30 to 40 tonnes of supply by the end of 2020, and grow its ARR to Rs 35 crore to 40 crore. It also plans to grow its farmer network to more than 5,000 by that time.

“We are planning to enter Mumbai by the third quarter of this year. That will take care of the short-term growth,” he reveals.

Farmpal’s revenue model is two-pronged. While it strikes annual bulk-purchase deals with institutional clients like hotels and hypermarket chains, it earns 20-25 percent gross margins on one-off transactions with small restaurants or kiranas. The agritech startup has roped in Dartmouth College MBA Puneet Sethi as a co-founder to lead strategy and business development. Karan, meanwhile, focuses on product and operations. At present, Farmpal has 65 employees, and plans to add more as it grows its feet-on-street workforce.

The startup is in talks with VCs to raise $2 million in a Pre-Series A round shortly. It will deploy the capital to expand into newer regions and ramp up its tech platform. Prior to this, it had raised Rs 3 crore in a seed round from undisclosed angels. The founder says, “The biggest challenge is that we are in a completely unorganised sector.

That is the opportunity too but bringing about a cultural change in the entire supply chain isn’t easy. We also face issues while convincing farmers to accept online bank transfers. Most of them seem to prefer cash on delivery.”

But, the promise of better returns and the prospect of vanishing debt are helping farmers warm up to agritech platforms like Farmpal. But it is not the only one in the sector. NASSCOM estimates that India has more than 450 active agritech startups, and funding in the sector went up 300 percent in 2019.

Farmpal competes with the likes of Ninjacart, Harabaag, Technifybiz, Fresh VnF, Ecozen, CroFarm, and several others. However, it is not a winner-takes-all market given the sheer size of India’s agri economy and its contribution to GDP. Karan sums up by saying, “We have to uplift lakhs of farmer-families, not just one.” 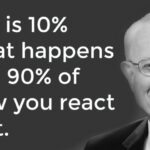 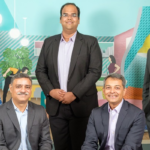