Bombay Oxygen Investments share price has skyrocketed a massive 133% in less than one month, as the country grappled with a sudden surge in demand for oxygen. Investors fervently bought shares of companies linked to producing oxygen, seeing higher revenue generation as covid-19 cases continued to surge in India. However, Bombay Oxygen Investment, a prime beneficiary of the trend is no longer in the oxygen production business but instead is a non-bank financial company (NBFC). The stock price of Bombay Oxygen Investments slipped 5% on Tuesday to trade at Rs 23,346 a piece as investors realized the harsh reality.

Bombay Oxygen Investments, a non-deposit taking non-bank financial company, has a market capitalisation of Rs 350 crore. Earlier the company was known as Bombay Oxygen Corporation but the name was changed in the third quarter of the financial year 2019. On the company website, the firm states that its primary business was manufacturing and supplying Industrial gases till August 2019, after which the same was discontinued.

The share price of Bombay Oxygen Investment was trading at flat from the beginning of the year till March 25. The stock was quoting Rs 10,000 on March 25 and since then started galloping higher to reach a 52-week high of Rs 25,500 earlier on Tuesday.

Sensing the uncharacteristic movement in the stock price of Bombay Oxygen Investments, BSE did seek clarification from the company on April 8. Bombay Oxygen Investments had then told the stock exchanges and informed investors that the movement in the share price of the company was market-driven and the Company was in no way connected with any movement in price. Although the share price did see a small correction after BSE sought clarification from the company, however, this did not seem to have troubled investors who since then helped the stock surge another 27%.

Meanwhile, other companies that were in the oxygen-producing business still continue to see strong traction on the stock exchanges. The share prices of National Oxygen, Bhagwati Oxygen, Linde India, and Gagan Gases were up in the green. 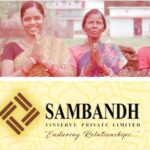 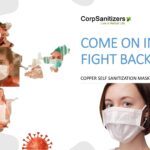