Banking regulator, Reserve Bank of India (RBI) has issued a show cause notice prior to cancelling the licence of fraud-hit Sambandh Finserve Pvt Ltd, after it’s networth eroded below the regulatory minimum and financial situation worsened beyond redemption over the recent months, according to two people directly familiar with the development.

“A show cause notice has been issued to Sambandh Finserve asking why it’s licence should not be cancelled due to sharp deterioration in its networth,” said one of the persons quoted above.

“The process for licence cancellation has begun,” said the person. An RBI spokesperson declined to comment for this story. Sambandh officials could not be reached or a comment immediately.

The Managing Director and CEO of Sambandh, Deepak Kindo, who was allegedly the main perpetrator of the fraud, has been arrested by Economic Offence Wing, Chennai, said the second person quoted above. Both persons declined to be named citing sensitivity of the matter. Sambandh is registered as an NBFC-MFI. According to the RBI norms, NBFC are required to maintain minimum capital level consisting of Tier-I and Tier-II capital, of not less than 15 percent of their aggregate risk-weighted assets.

At the end of March 2020, SFPL has total reported assets under management of Rs 461 crore and has a profit after tax of Rs 5.22 crore. It has gross NPAs of 0.67 percent and has a total capital adequacy ratio of 21.5 percent. Motiva8.com could not ascertain the latest financial position of Sambandh as the data has not been released.

A letter written by the senior management personnel to the Board of Directors on October 7 alleged that under the “express instructions and directions” of managing director and CEO Deepak Kindo, the management has been cooking the books from financial year 2015-2016.

According to a letter sent by a section of the management to the company’s Board, the management was allegedly forced to create fake loan accounts for inflating the AUM (assets under management) figures under the direction of MD & CEO Deepak Kindo, and the current credit head.

The letter is signed by James Raj, Chief Financial Officer of Sambandh, and three other officials, including the internal audit head.

According to Brickwork, 34 lending institutions have exposure to Sambandh Finserve, including commercial banks and NBFCs. Total exposure to these lenders stands at Rs 383 crore.

Meanwhile, lenders to the bank, which include Canara Bank, ICICI Bank, MAS Financial Services, Hinduja Leyland Finance, Northern ARC Capital, SIDBI among others are struggling to recover their dues from the company. The lenders had taken control over the firm shortly after the fraud became public and had initiated an audit by E&Y. The audit report confirmed fraud.

“The company is facing severe challenges on the recovery front. It will have to either merge with another MFI or terminate operations eventually as a comeback looks difficult,” said a senior industry official on condition of anonymity.

In 2013, SFPL secured an NBFC-MFI license from the RBI. NBFC means Non-Banking Financial Company and MFI is Micro Finance Institute. Its head office is located at Rourkela in Odisha. SFPL offers microfinance loans under both joint liability and self-help group models. SFPL operates through 100 branches in 39 districts across Odisha, Chhattisgarh, Jharkhand, Bihar and Gujarat. 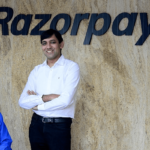 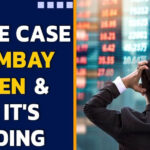